Way back in 1998 we saw the need for a quality camping ground/holiday park in the Invercargill area. We started the journey from a bare paddock on the Northern edge of Invercargill city. Over time, we updated and upgraded to the high-quality facilities and accommodation we have today. We had travelled both in NZ and overseas and had some clear ideas on the basics and our vision grew from there.

We had owned the property since 1987 when it was what is commonly called a hobby farm, or today a lifestyle block. When we bought it, the only improvements were a single tree and boundary fences. The first house we put on the property had a storied history of its own. The house was built in Oamaru in 1966, transported to the Manapouri hydro village, then when that project was finished transported to Lumsden as a government-owned Ministry of Works house. We purchased the house from the government and moved it to our property and it was our family home until 2017. Then, we decided to build a new house and office and it was then moved to the back of our holiday park where family still live in it.

Once we obtained the required consents from the Invercargill City Council, we took the leap and built the first ablution block, formed the roadways and put in 20 powered sites. We managed to open just before the Christmas of 1999. The business quickly exceeded our expectations, and we had a constant demand for accommodation. So we built the first three of our units and opened them in 2003.  From there we built our ensuite units and further ablution block to cater for people at the other end of the park 2005, then our cabins 2007 and lastly our motels 2011 just under ten years ago. All the buildings were designed and built for our holiday park with the emphasis on being functional, warm, and comfortable, offering enough variety to give people choices around their budgets.

Visitors will notice that all our buildings are brick and there is a reason for that. Number one is Invercargill is a city full of heritage buildings built in brick. The second reason is the brickworks where most of the bricks came from is only about one kilometre away in a straight line from our park. Originally, the company was called Todd’s Brickworks. They are a very distant relation but something we are very proud of. Sadly, some years ago after a major fire, the brickworks were closed, but we have a fence built from the last bricks manufactured there. We feel it’s doing our bit to celebrate the heritage of our city.

The one constant through this period is a dedicated commitment to the fundamental of genuine southern hospitality. Over the years we have achieved 15 Trip Advisor Certificate of Excellence awards. We continue to remain a top option for places to stay in Invercargill according to customer feedback.

We are now the only true holiday park in the Invercargill area catering solely for visitors to the south. Come experience this hospitality when you have the chance and enjoy your stay in Invercargill! 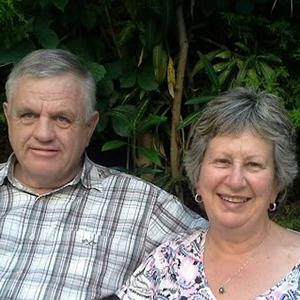 Our aim is to treat our customers with respect by offering genuine southern hospitality in clean, modern facilities.

We operate in a transparent manner and do what we say we will do. Our pricing has no hidden costs and we are reactive to our customers.

We strive to keep everything up to date and are constantly updating facilities and rooms to keep them modern.